Memories of Everyday Life during Socialism in the Town of Rousse, Bulgaria

0 reviews  |  Write a review
Authors: Dilyana Ivanova
Product Code: 470
Availability: In Stock
26.00лв
Qty:
Add to Wish List Add to Comparison
Share
Tags:
Description Specification Reviews (0)
”The book is a good contribution to memory studies, especially the study of the memory of Socialism. It demonstrates convincingly that Socialism was not monolithic even in one city. The book maps out the common sites of memory to show that they entail contest and struggling interpretations. Thus the study manages to overcome the simplistic bipolar model of relating to the recent past through either apology or negation. Another valuable contribution is the identification of the agents of memory in the city: old urbanites, rural migrants, minorities, women. Last but not least, the author manages to fruitfully "play with scale" between the biographical, the collective and the institutional level, capturing the complexity and the dynamics of the local memory of Socialism.“
Daniela Koleva, PhD, Dr. Habil, Associate Professor, Sofia University
”... A significant contribution to the research of everyday life in Communist Bulgaria. The theme is topical and well-timed - after another decade or so it would have been impossible, because the witnesses, who lived through the period of Communism would not be alive. Based on the author's personal fieldwork, including interviews and observations, the book gives an insider's perspective into various individual experiences and manners of interiorization of a social system based on total control and propaganda. It explores important themes like the Communist coup on 9 September 1944 and the meaning that very date was given to signify a borderline between two epochs; the town feasts and celebrations and the Communist ideology they adopted and maintained; industrial development and the way various social and ethnic groups were engaged in it; clientelism and social injustice during socialism; the government methods of control; childhood and youth; and so on.“
Prof. DSc. Albena Georgieva, Institute of Ethnology and Folklore Studies
with Ethnographic Museum — Bulgarian Academy of Sciences 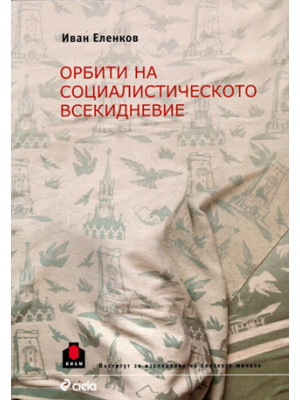