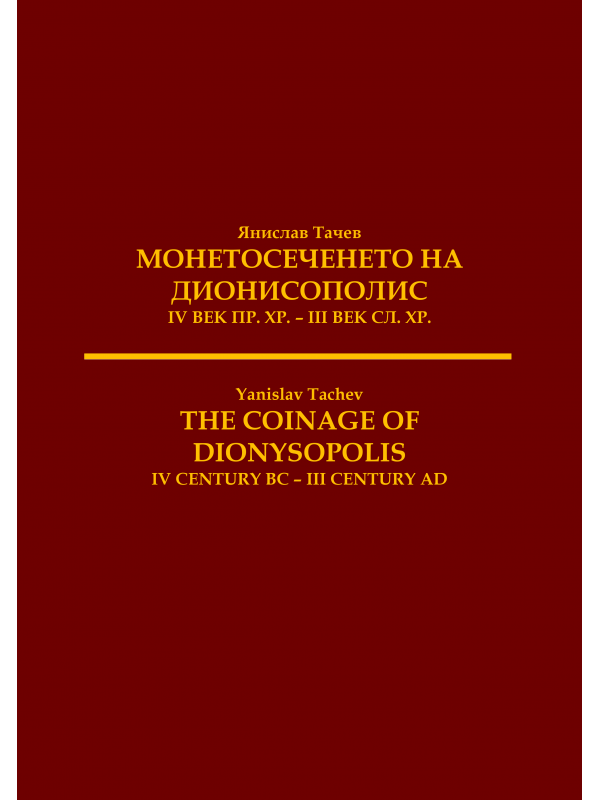 The coins of the ancient cities are authentic historical sources for their history, economy, culture, religion and politics. The Greek colonies were the earliest cultural and economic centers with urban institutions on the territory of today's Bulgaria. In them, the coinage rejoices in centuries-old traditions. Of the four Hellenic politeie of Apollonia, Messambria, Odessos, and Dionysopolis, which issued their own coins during the late Classical and Hellenistic Ages, the one of Messambria , Dionysopolis , and Apollonia has so far been thoroughly studied.
Until recently, the Bulgarian and foreign academic literature lacked a comprehensive and in-depth study of the coinage of Dionysopolis. Until 2014, there were only publications that focused on the certain periods of the urban coinage lasting more than six centuries, or on single specimens of Dionysopolis coins that were available to the authors. An in-depth review of the numismatic literature so far shows fragmentary, anachronistic and difficult to access publications by foreign (mainly Romanian) authors, which creates significant difficulties in working on the problem. The lack of a thorough and comprehensive research (before 2014) on the coinage of Dionysopolis had given the wrong impression of a relatively late as a beginning and modest coinage compared to that of the neighboring Western Pontic towns. The second thesis, to which both foreign and Bulgarian authors adhere, is that after the campaign of the Proconsul of Macedonia Marcus Terentius Varro Lucullus in Thrace (72—71 BC), during which all the Western Pontic towns were conquered, Dionysopolis ceased its autonomous Hellenistic coinage and after a long hiatus, in 138 AD began its provincial Roman coinage. Over the years, there are many other inaccuracies as well as omissions in the publication of Dionysopolis coins. The incorrect dates of coin issues and misidentification of deities and their attributes depicted on coins are the most common among them. The limited numismatic material available to the authors is the reason for the inaccurate chronological systematization of Dionysopolis coins known to them, as well as for an imprecise analysis of the origin and duration of the Dionysopolis coinage.
With the present (second edition) of our research we hope that we have corrected the mentioned inaccuracies and filled in the gaps on the selected problems. The work here presented is a comprehensive study covering all major aspects of coinage of the Western Pontic Dionysopolis. It contains, analyzes and systematizes all hitherto known coin types with their variants, issued during the autonomous and provincial period of the polis. On the grounds of detailed iconographic, stylistic, paleographic and metrological analyses, the relative chronology of coin issues was determined, fully supported by the analysis of the countermarked and overstruck coins of Dionysopolis, as well as by consideration of data from epigraphic texts found in Balchik and its surroundings. The number of coin denominations issued during the pre-Roman and Roman periods of the polis has been established. A lot of obverse and reverse representations and legends have been re-identified and reinterpreted. The periods of activity and hiatus in the activity of the Dionysopolis mint have been re-dated. Many of the hypotheses of earlier researchers working on the problem have been corrected. Dozens of new types, variants and dies have been discovered and released with the present work. A meticulous study of the circulation and distribution of Dionysopolis coins during the considered periods is presented. A detailed catalogue is also included containing the complete metric data, the links between the obverse and reverse dies, the deviation from the blank, the storage of each illustrated specimen and the publication in which the coin type has been initially mentioned.

I Chapter. Historical Notes on the Ancient Dionysopolis

Catalogue of the Bronze Autonomous Coins of Dionysopolis

Catalogue of the Silver Coins of Dionysopolis

Catalogue of the Provincial Coins of Dionysopolis 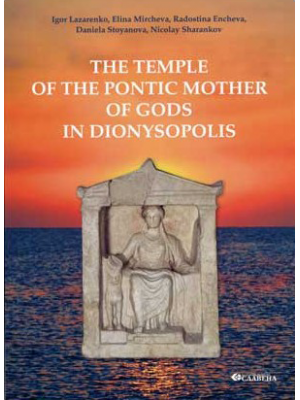 The Temple of the Pontic Mother of Gods in Dionysopolis 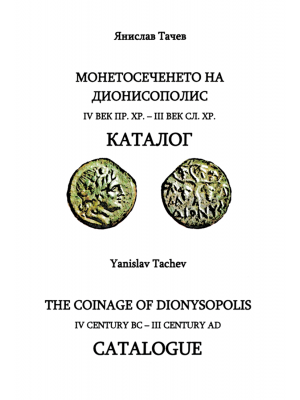 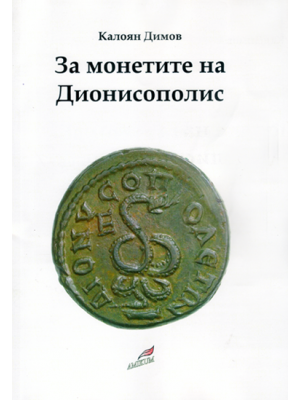 On the coins of Dionysopolis
11.50лв
Add to Wish List
Add to Comparison