The Thirty Years' War is the apotheosis of a whole era of conflicts that have remained in history with the generic title of "Religious Wars". Millions of lives have been destroyed, hundreds of settlements have been devastated or plundered and when the war ended in 1648 Europe of knights, courtly gallantries and honor has given way to another Europe — ruled by practicality and lack of sentiments and trust. 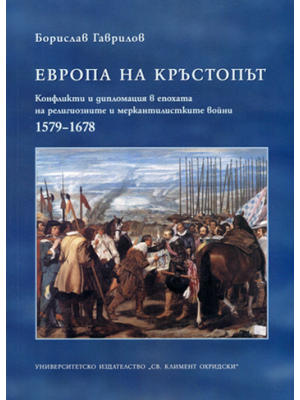 Europe on the crossroads: Conflicts and diplomacy in the age of religious and mercantile wars 1579–1678
12.00лв
Add to Wish List
Add to Comparison