Vera Nedkova (1906—1996) is Bulgaria’s grande dame of modern art. From 1923 to 1930 she studied painting in Vienna. Her works from that period are characterised by a simplified form; pure lines and delicate pastel colouring. In 1934 her family returned to Bulgaria, marking the beginning of a period in which Vera Nedkova was extremely prolific, creating compositions, landscapes, portraits and self-portraits. The tone of her works changed to a warmer, brighter and more vivid version, adding a richer texture to her paintings. Between 1946 and 1961 Nedkova continued to paint, with new themes making their way into her pieces. Some of her paintings are very intimate and personal, infused with spirituality and charm. Her paintings from the early 1960s exhibit the same vivid colouring she discovered in her first encounter with the Bulgarian environment, only with much more saturated and vibrant colours. Her works dating back to that period show an evolution to a freer, more confident artistic expression. In a large portion of the paintings the focus is shifted from the silhouette and simplistic form to expressive and colourful spatial organisation. This is the period in which Nedkova created her almost abstract compositions - a direction in her work she pursued in the late 1970s and 1980s. 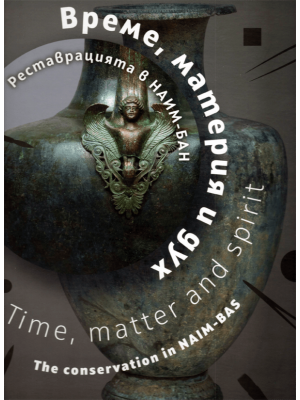 Time, matter and spirit: The conservation in the National Archaeological Institute with Museum, Sofia
35.00лв
Add to Wish List
Add to Comparison