Time and memory: А jubilee collection in honor of Professor Lilyana Deyanova
29.00лв
Add to Wish List
Add to Comparison
Home » Living on the River: A Study of the Interactions in the Lower Danube Gorge during the Late Iron Age and Early Roman Times 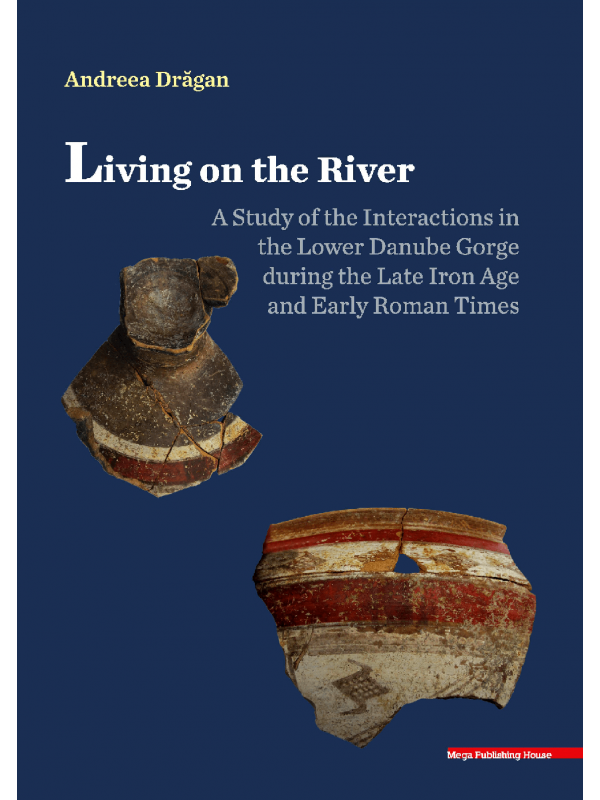 Living on the River: A Study of the Interactions in the Lower Danube Gorge during the Late Iron Age and Early Roman Times

Living on the River: A Study of the Interactions in the Lower Danube Gorge during the Late Iron Age and Early Roman Times (Series Ethnic and Cultural Interferences in the 1st Millennium B.C. to the 1st Millennium A.D., Vol. XXVI)
Category: Archaeology
Language: English

"The Danube’s gorges in the Iron Gates region always attracted human communities, from the times of the settlement at Lepenski Vir until today. This attraction was not only down to the magical character of the local landscape, but mostly to the particular sub-Mediterranean climate of the gorges and the economic potential of the river. (...) In this book, Andreea Drăgan is demonstrating an outstanding expertise in analysing the archaeological information, from the primary processing of the finds to contextual analysis to synthetic argumentation based on a large amount of archaeological and historical data.
From the theoretical point of view, the entire study is based on the concept of contact zones, which has allowed the author to connect her results with those concerning other areas of the early Roman Empire, thus providing a more complex image of the Danube’s Iron Gates and its inhabitants at the end of the Late Iron Age and the beginning of the Roman provincial period. This comprehensive approach and its results are certainly making sure that the book will become a work of reference for the archaeology of this region, and for the specialists interested in the processes that determined the rapid transformations experienced by the communities of the end of the Late Iron Age in the individual and collective identity constructs while facing the newcomers."

1.1. General topic and aim of the research

1.2. The geography of the Iron Gates. General definition and major geomorphologic sectors

1.2.1. General definition of the study area

1.4. The archaeology of a border area. State of the research

1.4.1. Modern state system and archaeological research at the Iron Gates

2. Habitation dynamic before the Roman conquest of Southern Pannonia: Historical and Archaeological Sources

2.1. The Roman progress towards the Lower Danube: historical sources

2.2. The Iron Gates during the Late La Tène. Habitation models

2.4. The economic contacts and hoarding phenomenon

3. Habitation dynamic after the Roman integration: Historical and archaeological sources

3.1. The installation of the Romans at the Lower Danube: historical sources

3.3.1. Aspects of daily life in the Roman forts

3.3.2. The impact on local communities

3.5. The economic contacts and the hoarding phenomenon

3.5.1. The hoard from the military fort at Tekija

4. Interpretive synthesis: The complexity of living at the Iron Gates. Regional connections and local manifestations

4.1.1. The Iron Gates settlements in the context of Late Iron Age habitation models in south-eastern Europe. Towards an architectural representation of the social 151

4.1.2. The open settlements in the Iron Gates area. A heterogeneous society

4.1.3. Local manifestations: the formation of an Iron Gates-specific material set

4.2. The Romans as neighbours. Roman power and local agency

4.2.1. The provincialisation of the western bank 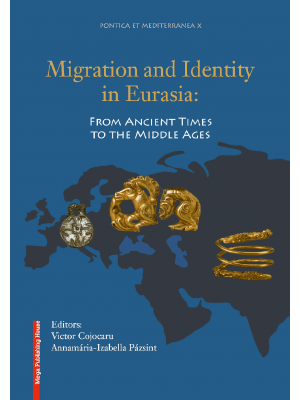 Migration and Identity in Eurasia: From Ancient Times to the Middle Ages
72.00лв
Add to Wish List
Add to Comparison