The monograph is dedicated to the eleventh-century existence of one of the most remarkable Balkan cities during the Middle Ages — the present day capital of Bulgaria—Sofia. It was situated along the Via Diagonalis through the Balkan Peninsula and was mentioned in the annals under the names Serdica, Sredets, Triaditza.
Until the end of the 6th century Serdica was a major Byzantine city and an important episcopal centre. During the 7th and 8th century, the city existed in the setting of ubiquitous Slavic colonisation of the entire Balkan Peninsula.
In 809 the distinguished Bulgarian ruler khan Krum incorporated Serdica into the Bulgarian Kingdom and the city continued its existence as the Bulgarian city of Sredets for two centuries. Throughout the 11th—12th century, despite being one of the most important strategic fortresses in the western parts of the Byzantine empire, Serdica preserved its Bulgarian ethic image. One of the greatest Bulgarian rulers — tsar Ivan I Asen — restored Serdica—Sredets to the Second Bulgarian Kingdom (1195) in which it was a major centre up until Bulgaria's conquest by the Ottoman Turks (end of the 14th century).

I. Serdica during the 4th—7th century

2. Emperor Julian the Apostate and Serdica

3. Goths and Huns as part of the history of the city

4. Serdica during the Slavic raids of the 6th—7th century

1. Bulgarian Khan Krum (796—814) incorporates Serdica into the lands of Bulgaria

2. The city during the events in Bulgarian history before 971

3. Serdica during the reign of the Copetopuli and in Samuel's Bulgaria

III. Serdica (Triaditza—Sredets) within the boundaries of the Byzantine Empire (1018—1195)

1. Serdica and the Boyana Fortress during the uprising of Peter Delyan

2. The Pechenegs and Sredets Region

3. Serdica—Triaditza in times of uprising

4. The first Crusaders and the Serdicians

7. Serdica through the eyes of one Byzantine rhetorician from the 70s of the 12th century

IV. Sredets—Sofia in the history of the Second Bulgarian Empire 13th—14th century

1. The city in the realm of the first tsars of the Asen dynasty

4. Sredets during the first half of the 14th century

V. Demographic and ethnic changes in Serdica-Sredets-Sofia and its region during the 4th—14th century

1. Demographic and ethnic changes in Serdica and its region during the IV-VII century

1.1. The population of Serdica during the 1st—3rd century

1.2. Changes in the population's composition during the 4th—5th century

1.3. Ethnic and social changes during the 6th—7th century

2.2. Ethnic changes during the Byzantine rule

VI. Serdica—Sredets—Sofia — a religious and spiritual centre during the 4th—14th century

1. Serdica — an important religious and spiritual centre between the 4th and the beginning of the 11th century

1.1. The religious governance of Serdica until the Council of Serdica of 343 AD

1.2. Dogmatic teaching during the 4th century and the Council of Serdica of 343 AD

2. Serdica (Triaditza—Sredets—Sofia) — an important and spiritual centre from the 11th to the end of the 14th century

2.1. The Serdician episcopal see between the 11th and the end of the 12th century

2.3. Heretic teachings in the city and their representatives. Conflicts within the Serdician (Triaditian) episcopal see

VII. Sofia's names throughout the centuries 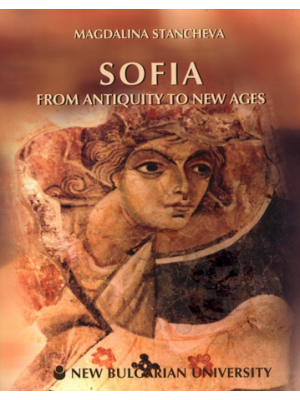 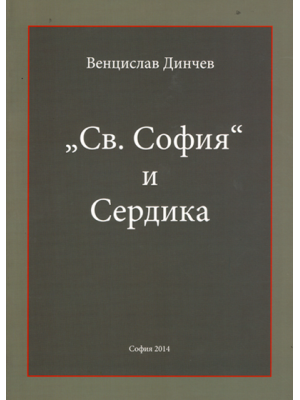