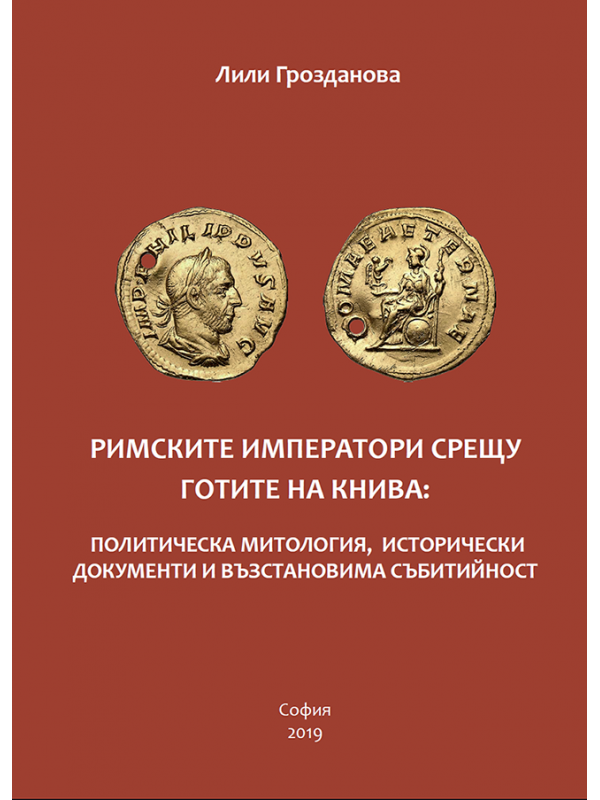 The Roman Emperors against the Goths of Cniva

The Roman Emperors against the Goths of Cniva: Political Mythology, Historical Documents and Retrievable Reality (Coin Collections and Coin Hoards from Bulgaria — Monographs (CCCHBulg M3)
Language: Bulgarian with an extended summary in English

Part I. Introduction into the Research Topic

1. Main issues concerning the study of the period

1. Retrievable reality in the light of the complex source data

2. The Balkan provinces of Lower Moesia and Thrace under the rule of Philip the Arab and his son Philip II

3. Retrieving the period between February / the beginning of March AD 244 and September AD 249

1. Retrievable condition of the Empire

2. The Balkan provinces of Lower Moesia and Thrace under the rule of Decius

3. An an empt at a historical retrieving of the period from the mid-September 249 till June 251

1. Basic features of the historical reality of the period

2. The evidence for the rule of Trebonianus Gallus and Volusianus from the provinces throughout the Empire

3. An anempt at a retrieving of the historical reality in the period from the summer of AD 251 till the autumn of AD 253

‹ ›
The Goths and Bulgaria
15.00лв
Add to Wish List
Add to Comparison