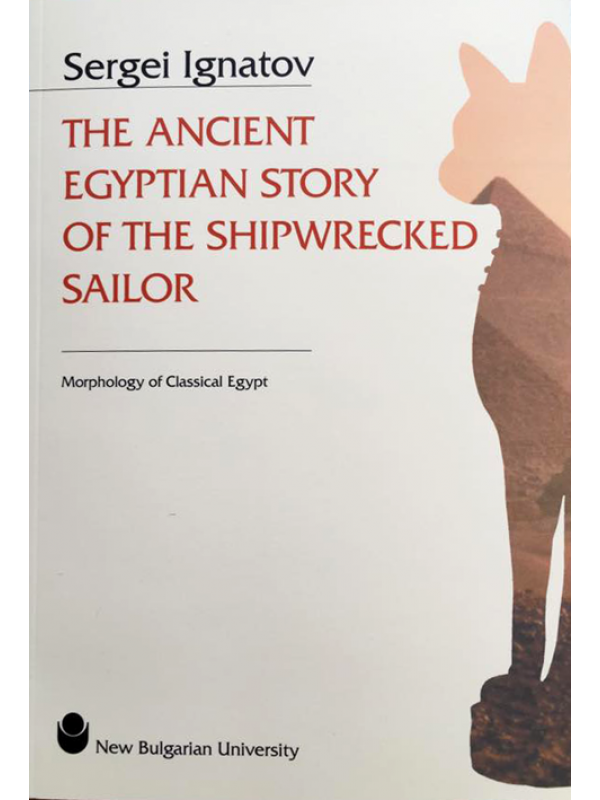 The Ancient Egyptian Story of the Shipwrecked Sailor

The main corpus of the study represents a source study of pHermitage 1115, containing the text, which describes the encounter and the discourse of an Egyptian man with a deity. The text is considered in a dialogue with the text of the epoch, i.e. the principle is followed that in order to understand an ancient text, one has to study all the other ones that are accessible. The uniqueness of the presented papyrus lies in the fact that it contains the most ancient evidence of prayer and of sacrifice, committed without the mediation of priests and is the most ancient story, describing a meeting of a man with a deity, without the human deserting his body. As compared to other religious texts, mentioning similar encounters in the process of the transformation into the hereafter, in pHermitage 1115 the Egyptian crosses the southeastern boundary if the inhabited world and finds himself in the realm of the deity. Traditionally, the text is considered of adventure literature, but a careful analysis discloses, that it is an esoteric text, which describes mechanisms for trespassing the Worlds, throws light on the nature of the deity and its world, and guides the human beings be instructing  them as to how to conduct themselves under such extraordinary situations. And most importantly, the papyrus reveals the image of Egypt such as it appears in the eyes of the Egyptian and of the deity.

Chapter One. The World of Classical Egypt

Chapter Three. The Morphology of Classical Egypt (Instead of Conclusion)