Social and solidarity economy and finance in the Balkans and in Europe
20.00лв
Add to Wish List
Add to Comparison
Home » Modern Period » Ethnology » Hagiology and Demonology

Hagiology and Demonology: Tensions in the structure of folklore faith
Author: Rosen Malchev. Language: Bulgarian with conclusions in English and Russian

Section one. Tensions in the structure of folklore belief. Demonology and hagiology

Chapter one. Demons with no ritual religious sanction. The demonic creature Water Bull (“Voden bik”) and narratives about it in the traditional folklore knowledge

2. Scientific studies on the water bull (According to folklore records from the Central Balkan region)

3. Pastrina cycle of the water bull and its water source

4. The metamorphoses of the “Chasing the Dragon” tradition in the Chiprovtsi and Berkovitsa region

5. Kyustendil cycle of the water bull

6. The “Kara Gyol” of Samokov. Does a water bull guard the treasure of Tsar Ivan Shishman

7. The water bull from the “Dipsiz Gyol” marsh near the “Demir Baba” tekke, Isperich. Literary-folklore replicas of the legendary water bull legends

8. The water bull in the scientific field of zoology and ornithology

1. The historical and geographical region of Eastern Rupchos in the Middle Rhodopes and the place of the village of Yugovo in it

2.1. The voluntary sacrifice of the deer, the kidnapping of the maid from Yugovo by the dragon, the death of the dragon as a result of female deception

2.2. The malignant activity of the Yugovo Lamia and its killing by a silver bullet

2.3. Comparative characterization of the Yugovo Dragon and the Yugovo Lamia

3. The serpent-like creature “The Reptile” (“Vlechugoto”)

3.1. Name and outer appearance of the demon

3.3. The results of the confrontation with The Reptile

3.4. Time and place of the malignant activity of The Reptile

3.5. Reasons for the behavior of the serpent-like creature

4. Ideas and beliefs about the Yugovo Dragon, reflected in authentic folklore text (1997—2010), with scientific comments about them

Chapter three. The relationships between saints — demons — human communities. The healthy ones (“Zdravichkite”) from the village of Yugovo, Middle Rhodopes — A community of sacred characters. Contradiction and unity in their folklore representation as saints and demons

1. The Sanctum of the village of Yugovo

2. Controversy and unity in the folklore image of the Healthy Ones. Sacred and demonic traits

3. The Healthy Ones and the cult of the Blessed Virgin Mary in the village of Yugovo. Support for the sacred nature of the characters

4. “Health” and “The Healthy One” (“Zdravichkata”) — personifications of Death. The question of the demonic origin of the “Yugovo Healthy Ones”

Chapter four. Demonization of the saints and/or sacralization of the demons. St John of Rila the Wonderworker — Fairy old man (“Samodiv starets”)

1. Characteristics of the Fairy old man

2. Personal names of the Old man

3. The place of the Fairy old man in the hierarchy of local demonic characters

4. Associative relations with St John of Rila the Wonderworker

Chapter one. The sacral headlesness in the context of the Balkan and Eurasian tradition

1. Characterization of the motif

4. A Persian trail in the Western Rhodopes

Chapter two. Tales of King Marko (“Krali Marko”) and his sister from the Pastrina cycle. Shifting the center of tension in the structure of folklore belief

1. Review and classification of the source material

2. Analysis of the texts by classification groups

2.2. By typology and origin

2.4. By plot and compositional features

Chapter three. St John of Rila the Wonderworker. Literary and real geography of the transportation of the remains of the saint in 1469

1. The issue of the editing of the “Rila narrative” in the context of the objectives of this study

2. The passing of the procession with the relics of St John of Rila the Wonderworker through the region of the town of Vratsa. Reconstruction and interpretation

2.1. The nature of the problem

2.2. The Vratsa cycle with legendary tales of the saint

2.3. The influence of the evangelical motif about the decapitation of St John the Baptist on the formation of the concept of St John of Rila the Wonderworker as a headless saint

2.4. The folklore community of the village of Stubel — the center of the Orthodox cultural area of different monasteries

3. The birthplace of the saint — the village of Skrino in the Western Stara Planina mountain

4. The route of the relics between Sredats and Rila

5. The relics of the saint in the Northern foothills of Rila. Access roads to the Rila Monastery

5.1. St Peter’s artifacts in the Western part of the Samokov region

6.1. The village of Belchin and its Sanctum

7. The procession route with the relics of St Jond of Rila the Wonderworker is deliberately chosen

7.1. The state and creative potential of the Lat Ruler — Tsar Ivan Shishman of Tarnovo and the sacred authority of the independent Archbishopric in Tsarevgrad Tarnov

7.2. The route of the relics — a ritual tour of the places related to the literary-chronicle and/or folklore historical memory of Tsar Ivan Shishman in the Dioces of the independent Archbishopric in Tsarevgrad Tarnov 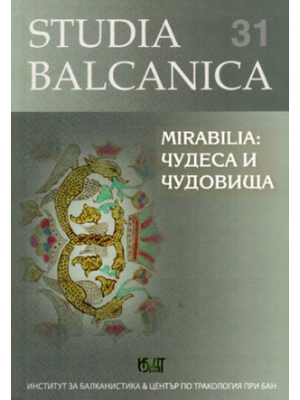