Textology vs. Theology?
12.00лв
Add to Wish List
Add to Comparison
Home » Literature » Bulgarian Literature after the First World War » The thinkability of someone/the other: Early Eurasianism and its Bulgarian neighbours 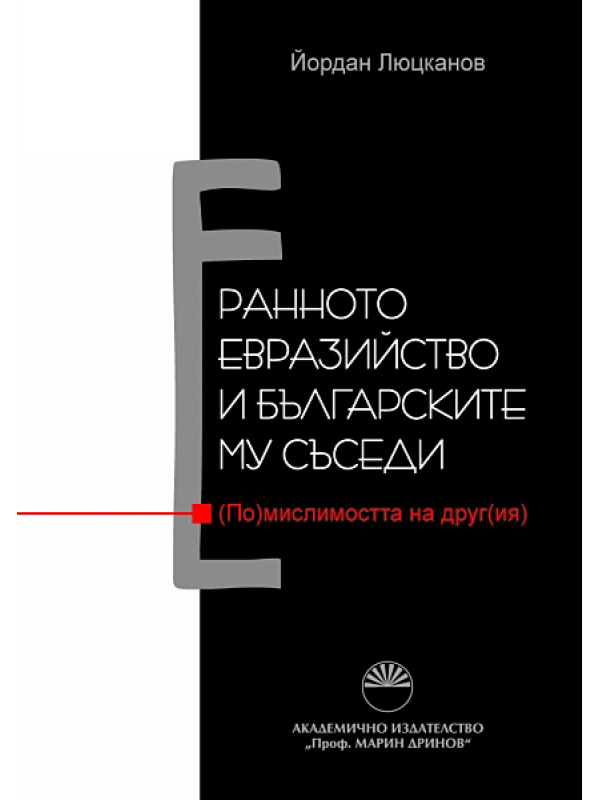 The thinkability of someone/the other: Early Eurasianism and its Bulgarian neighbours

”The Introduction, "On the Russian-Bulgarian misunderstanding, then and now", outlines the parameters of lasting intercultural miscomprehension. This part of the investigation relies chiefly on Russian émigré sources from the 1920s — 1930s (used in order to explore past condition(s) of this phenomenon), as well as on a thorough analysis of a recent collection of essays and documents about the Russian émigrés in Bulgaria, issued in Sofia (in order to verify the phenomenon’s present condition).

In Chapter One, "Bulgaria and the Balkans in the works and anticipations of the early Eurasianists", I investigate the Russian philosophical ability for dialogism in quite a difficult situation, both intellectual and existential. Russian philosophy had to intellectually overcome the consequences of the catastrophe of 1917–1920, and to survive in an alien cultural milieu (abroad).

In Chapter Two, "The Bulgarian responses to the works of early Eurasianists", I focus on these responses to Europe and the mankind and to Exodus to the East, namely, those published in the following periodicals: Razvigor, Vezni, Slavianski glas, Duhovna kultura.

In Chapter Three, "The Bulgarian ‘neighbours’ of Eurasianism", I made an overview of Bulgarian reflections on themes, at least at first sight, analogical to the themes of the ‘Eurasianists’: Bulgaria and Europe, the process of civilisation/acculturation, self-colonisation, self-alienation of the collective agent of a local tradition from this tradition, and self-cognition of the collective self.

In the concluding chapter, "Personalism and the Bulgarian identity discourse between the two World Wars", I investigated the conditions (cultural-historical) which made the line of argument held in this book possible. The Supplement section contains a thorough examination of the 1921 volume of Russian thought (Русская мысль) journal (overwhelmingly from the standpoint of literary criticism), in order to elucidate the immediate psychic and intellectual context which brought ‘Eurasianism’ to life. The book contains text in Russian (the first and the second parts of the Introduction, which were deliberately and emphatically addressed to the Russian reader), German (a parallel version of the third chapter) and English (a parallel version of the concluding chapter), and, of course, in Bulgarian. It also contains a "Preface and acknowledgements" section.”