The Letter of Patriarch Photios of Constantinople to Khan Boris of Bulgaria
16.00лв
Add to Wish List
Add to Comparison 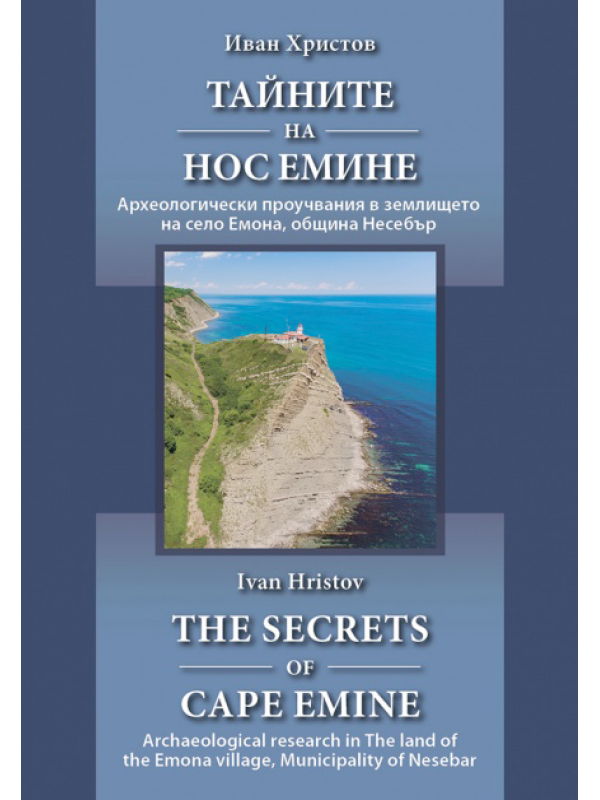 The Secrets of Cape Emine

0 reviews  |  Write a review
Authors: Ivan Hristov
Product Code: 1467
Availability: In Stock
23.00лв
Qty:
Add to Wish List Add to Comparison
Share
Tags: Cape Emine, Late Antiquity, Middle Ages
Description Specification Reviews (0)
The Secrets of Cape Emine. Archaeological research in the land of the Emona village, Municipality of Nesebar
Language: English—Bulgarian (bilingual)
The book offers an analysis of the written information about the history of the village of Emona and a detailed report of the results of the archeological excavations of the Late Antique and Medieval fortress located on the Black Sea cape Emine. In addition the author describes poorly known archeological sites in the Emine Mountain and the coastal area between the towns of Nesebar and Obzor.
Table of contents

I. Written sources of the fortress on Cape Emine and the village of Emona

II. History of the archaeological researches on Cape Emine near the village of Emona, Municipality of Nesebar

III. Archaeological Research of the Early Byzantine and Medieval Fortress on Cape Emine

III.2. Characteristics of the trench excavations

III.3. Summing up the results of the trench excavations

IV. Between Mesemvria and Templum Iovis. Archaeological sites in the territory of Emona village

V. The disappearing fortress. Instead of a conclusion

Appendix. S. Velev. Mechanisms and causes of land loss in the area of Cape Emine as a result of gravitational deformation processes