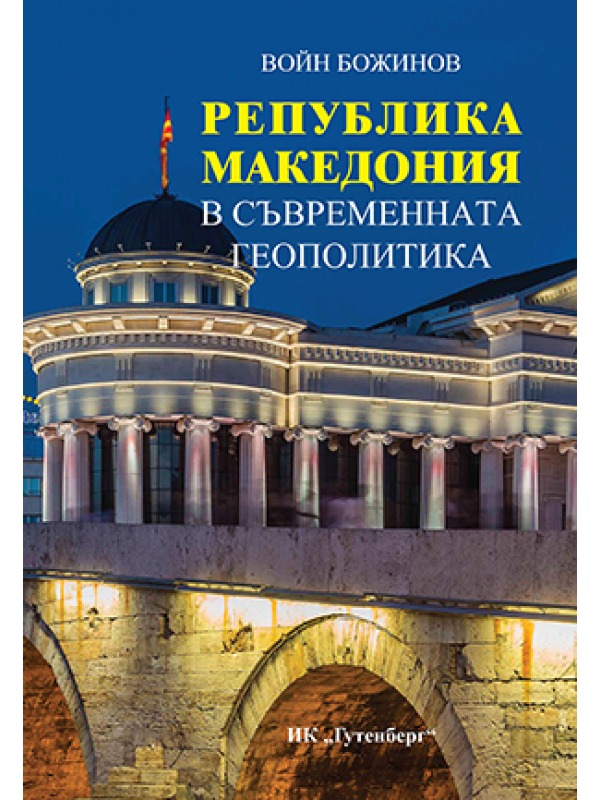 Republic of Macedonia in Contemporary Geopolitics

Republic of Macedonia in Contemporary Geopolitics. In Bulgarian

The book explores the political development of the Republic of Macedonia through the prism of Bulgarian national interests. The study focuses on the history of Vardar Macedonia over the past 70 years, considering the establishment of Yugoslavia, the difficulties faced by Skopje during Tito and after his death, the proclamation of “Macedonian” independence and the first years of independent political life. The focus is on the geopolitical situation of the young state, its relations with the Great Powers and its neighbors and the role played by Bulgaria in resolving the “Macedonian problem”.