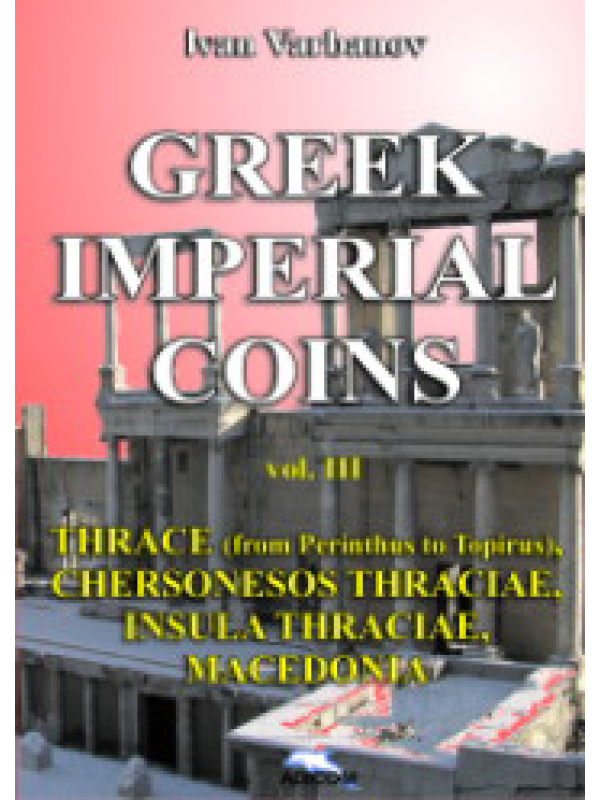 Volume 3 contains short descriptions of the obverse and reverse types of Greek Imperial coins struck in the Balkan mints, followed by a detailed description of the Greek Imperial coins struck in Thrace (Perinthus, Philippopolis, Plotinopolis, Serdica, Topirus and Trajanopolis), Chersonesos Thraciae (Coela, Elaeos and Sestos), Insula Thraciae (Imbros, Samothrace and Thasos) and Macedonia (Macedonon koinon, Apollonia, Amphipolis, Cassandreia, Dium, Edessa, Pella, Philippi, Stobi and Thessalonica). Over 4837 Greek Imperial coins are described and 1561 black and white photographs presented. In the Appendix there is a detailed map of the cities on the Balkan Peninsula which issued Greek Imperial coins, as well as an index of the emperors, their relatives, and the people depicted on the coins. The valuations given in this catalogue are with degree of rarity from R1 to R10. 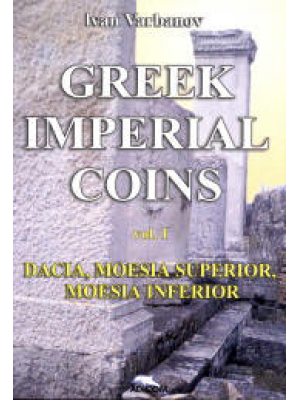 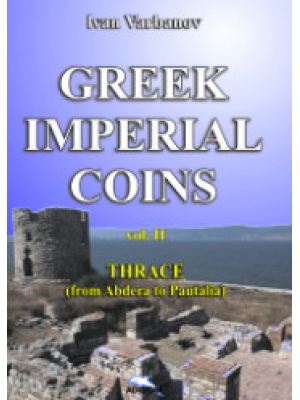