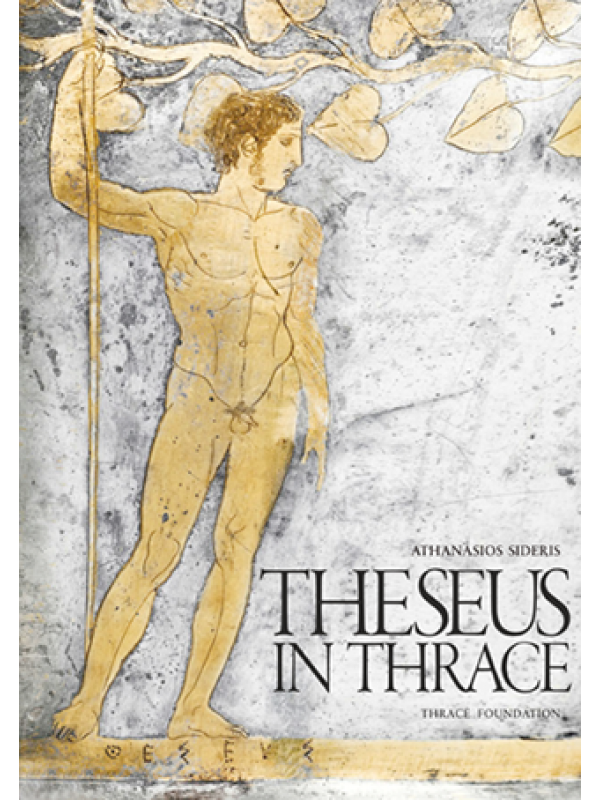 Theseus in Thrace: The Silver Lining on the Clouds of the Athenian-Thracian Relations in the 5th Century BC
Language: English. Category: Toreutics

The book deals with three interrelated subjects. The first is the representations of Greek heroes, mainly Theseus and Heracles, on Greek and local Thracian artefacts of the Classical era. The chiselled and gilt imagery on the luxury silverware creations, mostly found in Thracian and Scythian tombs, served as vehicle of the Athenian state ideology and the aesthetic and philosophical quests of that time. This brings us to the silver toreutics in Athens, a long and heated debate, of which the book dresses a balance and reassesses the evidence. The last part is dedicated to the instrumentalization of toreutics by the Athenian gift-diplomacy in its effort to establish a political alliance, and to achieve economic control on the rich precious metal, timber, manpower, and grain resources of the Thracian lands.

2. Greek heroes on artefacts from Thrace

2.1. Peleus hunting a stag on a silver kylix

3. Theseus on Attic artefacts from Thrace

3.1. Theseus and Procrustes on a black ﬁgure amphora

3.2. Theseus and the Marathonian bull on a silver kylix

3.3. Theseus and Ariadne on a silver kantharos

3.4. Theseus and Sciron on a silver kylix

3.5. Theseus and Pirithous on a silver kantharos

3.6. Amazonomachy, possibly set in Athens, on a silver phiale

3.7. Theseus and Sinis on a bronze tray

3.8. Theseus and the Marathon bull on a gold rhyton

4.1. Heracles in various Greek and Tracian artefacts from Thrace

4.2. Infant Heracles with the snakes on a silver kantharos

4.3. Heracles mask on a bronze patera

5. Athenian silver ware of the 5th century BC

5.1. Metal and pottery: The Oxonian controversy

5.2. The corpus of the Athenian silver ware

5.2.2. The “Athenian-colonial” group of silver vases

5.2.3. Athenian silver vases without decoration of the 5th and early 4th century BC

5.4. General observations and some questions