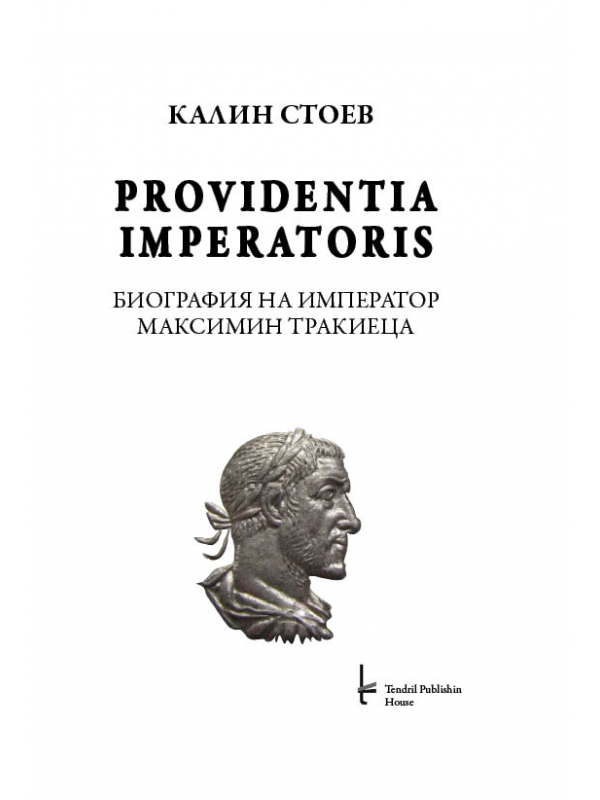 Providentia Imperatoris: A Biography of the Emperor Maximinus Thrax

Providentia Imperatoris: A Biography of the Emperor Maximinus Thrax
Language: Bulgarian with a summary in English

The book is a biography of the Roman emperor Gaius Iulius Verus Maximinus, who has remained in history with the name Maximin the Thracian. His personality is of scientific interest for a number of reasons — first, he was the first Roman ruler of “barbarian” origin. Moreover, Maximin is also considered the emperor, after which began the epoch of the so-called “Soldier Emperors”, which radically restructured the Roman Empire. The life and reign of Maximinus were approached with the methodic of the textcriticism (Quellenforschung), in which the written sources are compared with the available epigraphic, numismatic and other information. This allows several conclusions about Maximin's early biography to be made — his place of birth, the essential moments of his early career, the way in which he becomes a favorite of the army and reaches the throne of the empire. The study reveals the area of ​​today's Northwest Bulgaria, which at the end of the 3rd century was part of the province of Dacia Ripensis, as the birthplace of Maximin. In general terms, the book concludes that Maximin is not an extraordinary and “monstrous” phenomenon in Roman history, but a ruler, who has followed a certain trend in the Roman politics up to his date — the strengthening of “autocracy” in the political system of the Empire against the model of the moderate “monarchy” to which the Senate aspired. At the end of his reign, the emperor became a victim of the conflict between both political ideas and the influence the Senate had continued to exert in the political life. Thus, Maximin is clearly a personification of the political model in the Roman Empire, which eventually led to the creation of the Dominion.

Emperor Maximinus Thrax and the Coinage of Anchialus
2.00лв
Add to Wish List
Add to Comparison