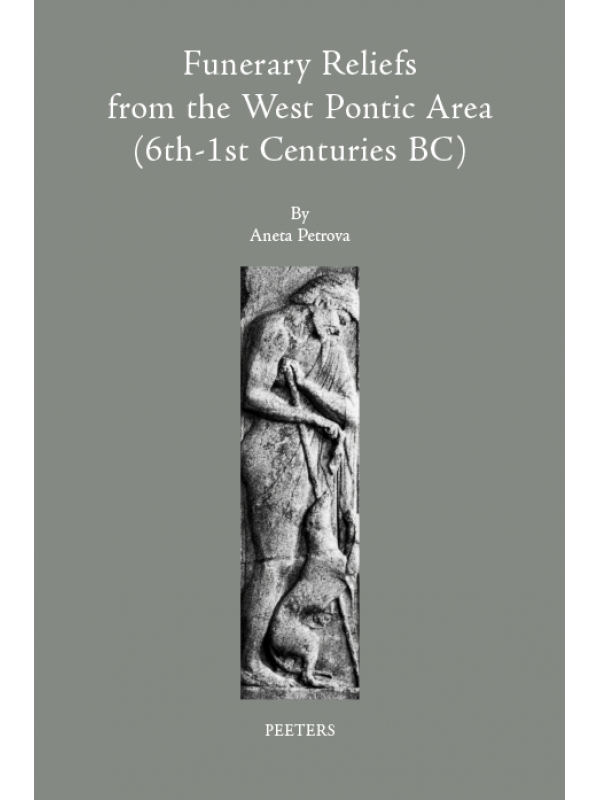 Funerary reliefs from the West Pontic area (6th–1st centuries BC)

The book discuses the funerary reliefs from the West Pontic area. The book covers the period between the 6th century BC when the first gravestones in the area are attested, and the 1st century BC when the Romans have conquered the West Pontic area. The analysis of shapes and iconography of the stelae outlines the main Greek, Asia Minor and Pontic centres which have influenced the funerary relief from the West Pontic area. Some differences are observed between the representations of the deceased to the north and to the south of Haemus, as well as between the Doric and Ionian centres. Important similarities, especially in the use of some rare iconographic schemes, are attested in the subjects of the reliefs from two Doric centres Mesambria and Callatis, which may be a result of some common believes. An attempt is made to outline the way of representation of each gender group (chronologically, when possible). Discussion on the production and use of gravestones in each of the West Pontic centres allows some suggestions to be made about the social history of certain cities, along with gender observations. The book pays attention to the evidence for production of gravestones and funerary reliefs, and to the specifics of the city workshops. Along with the supposed import of semi-finished marble stelae, a continuous production of funerary reliefs is attested in Mesambria between the Classical and Hellenistic periods.