The luxury edition is devoted to an exhibition in Northern Macedonia that commemorates the 100th—anniversary of discovery the spectacular Late Archaic necropolis of Trebenishte. The artifacts were divided between Bulgaria, Serbia and Northern Macedonia and now, for the first time, the items are gathered together and presented as a whole complex.

K. Chukalev. Discovery of the necropolis at Trebenishte and history of the first archaeological investigation

T. Vidovska. History of archaeological excavations of the necropolis of Trebenishte in 1953—1954 and 1972

P. Penkova, P. Ilieva. Preparing the body for the transition beyond: Masks, glove, pectoral and sandal and the process of their making

R. Stoychev, P. Penkova. The bronze phialai from the necropolis of Trebenishte: A stylistic and technological approach

N. Proeva. The region of Ohrid and Struga in the 6th—5th c. BC: Area, population, ethnicity

P. Delev. About the ethnic attribution of the Trebenishte graves

P. Ardjanliev, M. Verčík. Reconstruction of the habitation in the Ohrid region during the Iron Age and the Archaic Period

A. Papazovska, D. Heilmann. Burial customs in the Iron Age and the Late Archaic Period in the Ohrid region

S. Babić, A. Palavestra. Trebenishte and the princely graves of the European Early Iron Age

A. Bozhkova. The Central Balkan region and the North Aegean coast in the Late Archaic and Early Classical Periods: The pottery evidence 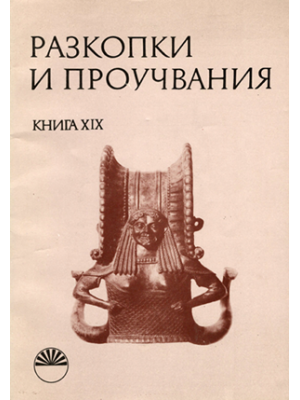