Social and solidarity economy and finance in the Balkans and in Europe
20.00лв
Add to Wish List
Add to Comparison
Home » Women Beyond the Archive: Invisible Histories of Women in Bulgaria

Women Beyond the Archive: Invisible Histories of Women in Bulgaria

The monograph is focused on researching the archives of and for women in Bulgaria. The proposed model encompasses the chronological framework of the period of the communist regime and considers the historical conditions of the founding of the State Historical Archives in 1951. The object of the study are the archives of women vis a vis the traditional historical archives. I try to outline the presence of the history of women and women’s lifes in the documental heritage. The purpose of the research is to define the models of archive availability in Bulgaria, related to the history of women and more specifically to define the historiographic situation in the sphere of researching gender and the history of women.

The archive policies which are part of the general policies of the totalitarian period predetermined the documental presence of history of women. Today we possess a huge ammount of documents — mainly official, about the state activists as well as about the distribution and the manegement of the documentation of the period. It is to be noted that women, who did not fit the ideological narrative of the period are neglected by the archives, because of the well known ideological and institutional standing of the establishment of the State Archives in Bulgaria. Women of diverse minority groups, women who belonged to the political opposition, women workers in the factories, field workers and so on are left out of the collections of the State Archives — or they are present only with especially selected showcase faces. In addition, in the post-socialist archives in Bulgaria once again are absent the a number of groups of women like Gypsy women, Pomak women, Turkish women. Generally speaking, women from the low class – or of diverse ethnic or religious background – are marginalized as well as in the global documental heritage. This situation defines the difficulties which face the researcher of the history of women in Bulgaria. A number of topics and research fields are ignored being unclear and documentary not supported. Still, these obstacles could stimulate the use of non-conventional sources and methods, enriching the research methods. The use of oral history and interdisciplinary methods that unite the approaches of different humanitarian and social sciences gains specific importance. Both the academic discussions and the new research fields, developed after the fall of the Iron Curtain found their place in our scholarly discourse. 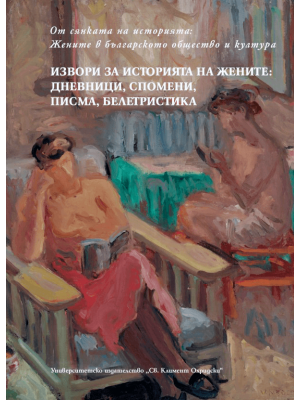