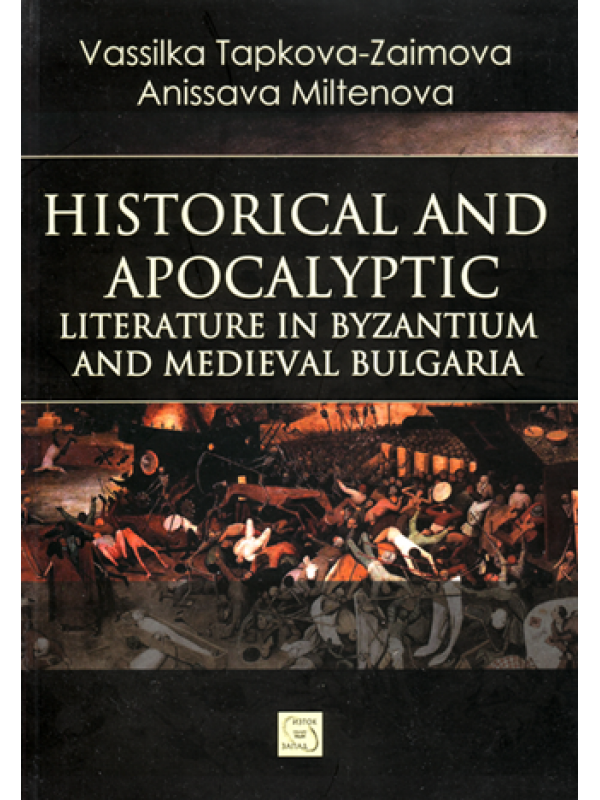 Historical and Apocalyptic Literature in Byzantium and Medieval Bulgaria

The book presents a panorama of the extraordinarily rich and varied tradition of historical and apocalyptical literature in tenth- through seventeenth-century medieval Bulgaria. A number of Old Church Slavonic texts are described and analyzed, as both a critical edition and a translation with commentary. These texts include The Vision and Interpretation of Daniel, The Revelation of Pseudo-Methodius Patarensis, The Last Vision of Prophet Daniel, Prophet Isaiah’s Vision of the Final Days, The Oracles of Leo the Wise, and Andreas Salos’ Apocalypses. The Bulgarian tradition is analysed by examining not only the reception of Byzantine texts in Bulgaria, but also the reproduction and transformation of such texts, as well as the creation of an impressive number of original works, including Isaiah’s Narrative, The Bulgarian Apocryphal Chronicle, Pandeh’s Prophetic Story, The Story of Sibyl, and Razumnik-ukaz. The production of this type of medieval literature in the Byzantine-Slavonic commonwealth covers a wide variety of genres, including narrative works, chronicles, questions and answers, and brief oracles. The proliferation of this unique phenomenon of historical and apocalyptic works in medieval Bulgaria has no analogue in other Slavic literatures.

Abbreviations of Libraries and Archives

Principles of the Edition

Origin and development of prophetic literature in Byzantium

The historical and apocalyptic works in medieval Bulgarian literature

Periodization of historical and apocalyptic works in Medieval Bulgarian literature

Miscellanea of prophecies in the Balkan Cyrillic manuscript tradition

Approach in compiling and composing the historical and apocalyptic works

The Succession of Earthly Kingdoms and “Holy” Cities

The Figure of the Ideal king-Saviour and Real Historical characters

1. Vision and Interpretation of Daniel

4. Commentary of Hippolytus of Rome and of Hypatius of Ephesus

1. The visions of prophet Daniel

2. Vision of prophet Isaiah of the last times

4. Apocalypse of St Andrew the Fool-for-Christ’s-Sake

5. The legend of the Antichrist

6. Tale of the Twelve Dreams of King Shahinshahi

7. Oracles of Leo the Wise

Works of the times under the Ottomans

1. Sermon on the Ishmaelites of the Last Times

2. Legend of the Turkish invasion